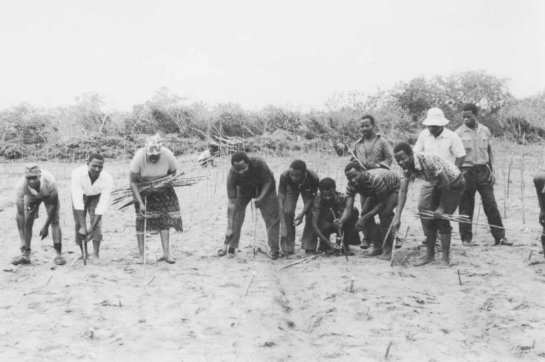 By the early 1980s Mozambique’s economy and its social fabric were in a dizzying spin towards obliteration. It was not a surprise, and even the venerable and much celebrated Samora Machel had admitted as much to his confidantes. The aura of 1975 that was to herald the beginning of the end of 500 years of colonial rule was fading.

In the capital, Maputo, hundreds queued in front of bakeries, food stalls and pharmacies. They eagerly expected to be a handful of the lucky few. Those who were unable to secure the goods however had to have other means of ensuring their survival. At the core, a shadow economy had gradually begun to replace the broken and unequal one that mostly served the elite.

Those who were unable to partake of the state’s meager provisions willingly turned to prostitution and all forms of crime under the sun. The government arguing the lack of a productive workforce and and the public’s waning allegiance launched in 1983 what was to become one of the most controversial of projects in the then young nation’s history.

Urban poverty was thrust into the spotlight not long after independence. There were several factors including an economy that had been destroyed by white flight and the subsequent decree that allowed for people that previously lived in rural areas to inexpensively rent property in the city. Long standing residents were the first to decry the lack of security and the strain on public services. 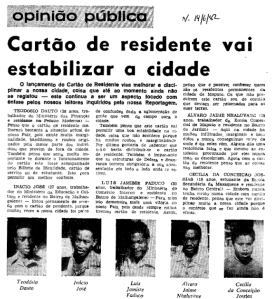 Many publicly denounced the governments failure. Calls came in for prerequisites to justify residency. Then, acutely conscious of its image, a government decree was issued on 20th June 1983 authorizing only those with resident cards and proof of employment to stay.

For the unfortunate few that could not produce the said documentation, they were picked from the streets and bundled into trucks that made their way to the North of the country where they were to engage in agricultural projects. The country was hungry and it needed food, it was said.

The programme came to an official end in 1988. By then, Samora Machel had perished in a fiery crash and Mozambique was sheepishly admitting that Socialism and Marxism had failed its people. The government gained significant notoriety for how it had handled the programme. Men, women and children were left in remote parts of the country to fend for themselves. There were no signs of  civilization in these areas let alone tools and machinery for farming. Through the grapevine, the rest of the country heard of rapes, tortures and and how people were set free only to be attacked by wild animals.

It was a good programme aimed at rehabilitating delinquents and marginal people. Today they make fun of us, they say it was a criminal programme, but it was full of humanism.

While there is no shortage of negative press and conjecture about the programme, there are some who have advocated the programme in principal. Joaquim Chissano, the country’s second president has said, “It was a good programme aimed at rehabilitating delinquents and marginal people. Today they make fun of us, they say it was a criminal programme, but it was full of humanism.”.

The situation now is no better.  The major capitals are re-living the nightmare that started all this. Rampant crime, poor municipal services and uncurbed population influx are at the centre of urban disfunction in Mozambique. There is no evidence of having re-instated these controls since 1988.

The title of this post is from the song in a 1985 music album by Sting entitled The Dream of The Blue Turtles. The song’s lyrics tell of the strike by the coal miners in Northern England and the systematic shutdown of an industry to the detriment of millions